Charm is a magnificently refitted 24-metre yacht: modern, bright and perfect for enjoying the yachting lifestyle. 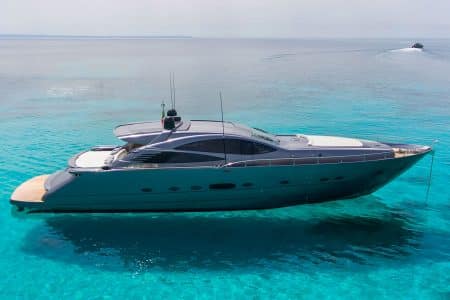 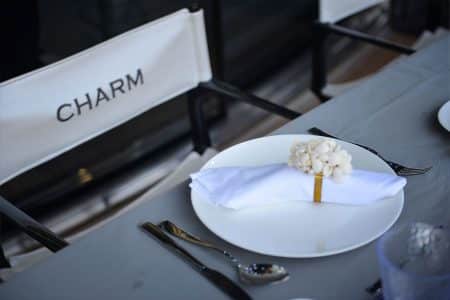 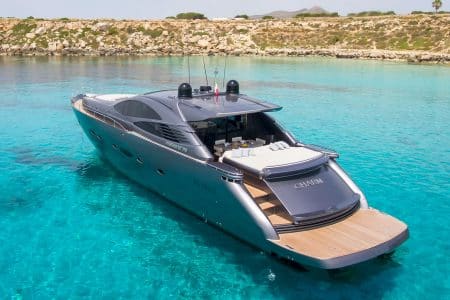 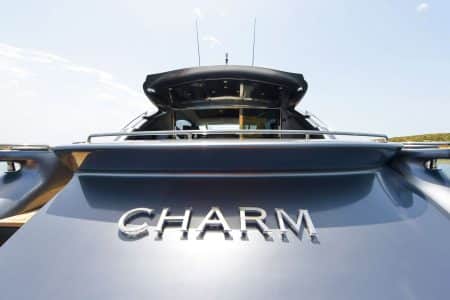 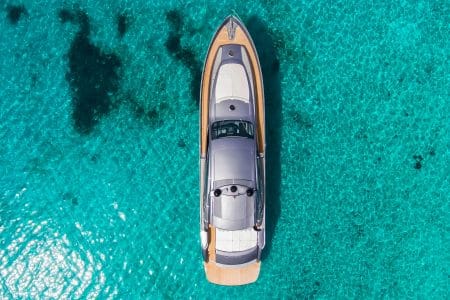 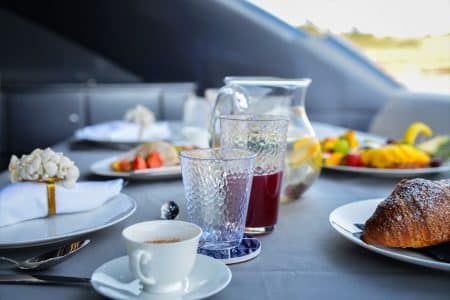 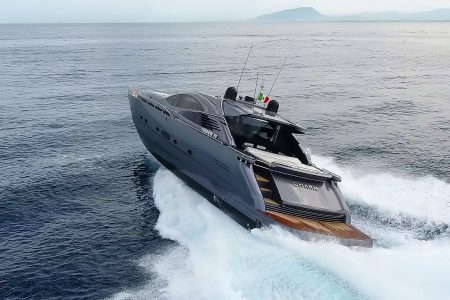 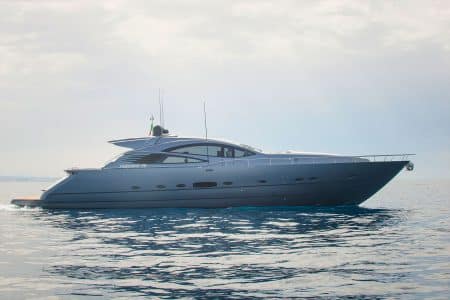 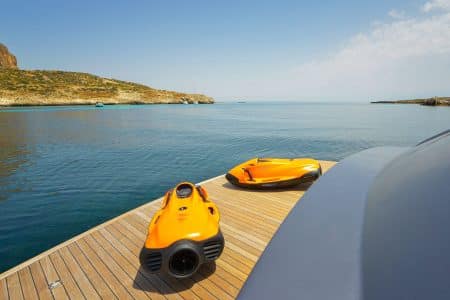 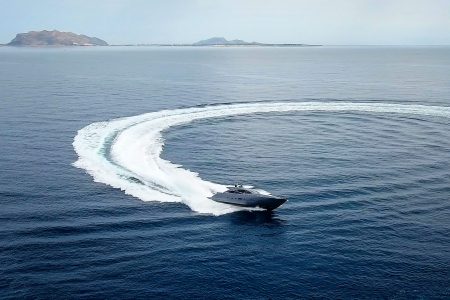 This magnificent vessel has a large upper saloon (lit by two large side windows and the opening hard top).

In the living area we have modified the large semi-circular sofa so that there is continuity with the outside and much more open space.

The below deck offers a sleeping area completely independent of the kitchen/dinette, preventing any noise, smells and disturbance to the owner and his guests.

The full ray owner’s suite is amidships and features a mirrored setting that enhances its already considerable volumes. The VIP cabin in the bow, the second double cabin with twin beds on the floor, are also served by a private bathroom and then there is a fourth cabin with bunk beds.

The kitchen/dinette below deck, accessed by an independent staircase, is separate from the cabins. The crew area has two cabins with three beds and a bathroom. 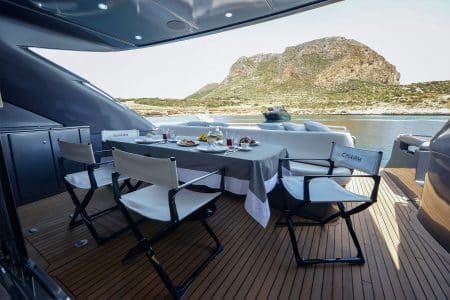 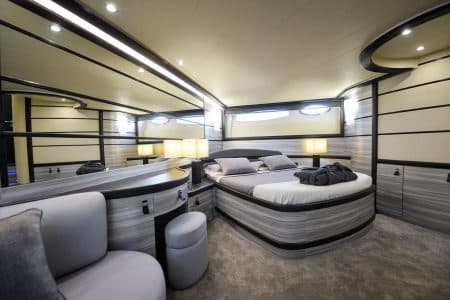 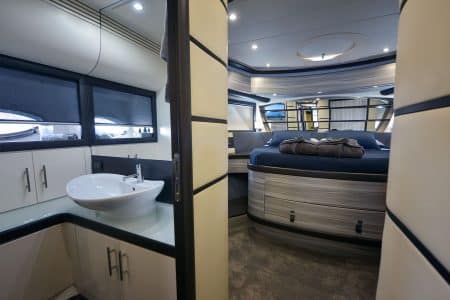 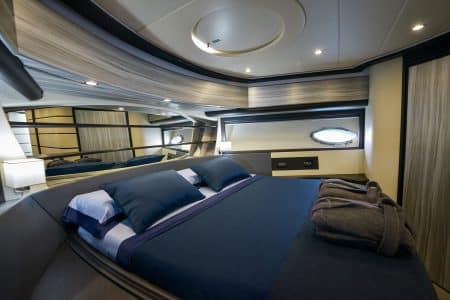 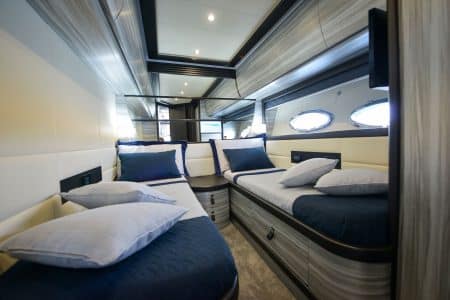 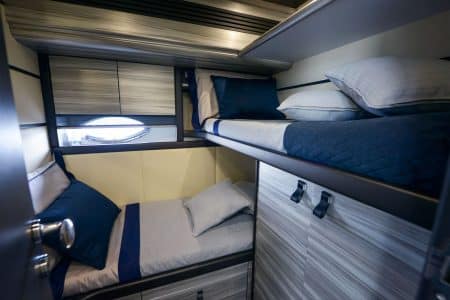 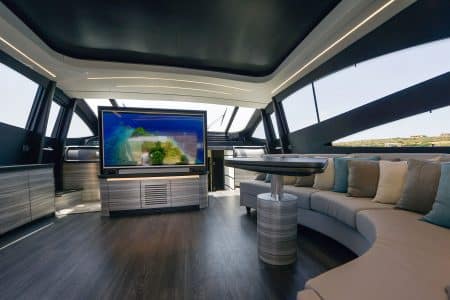 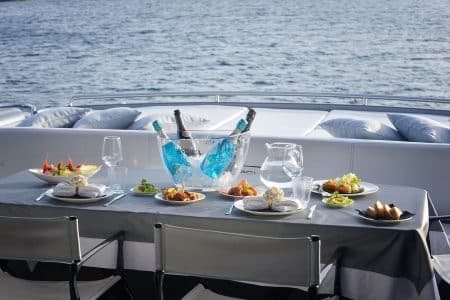 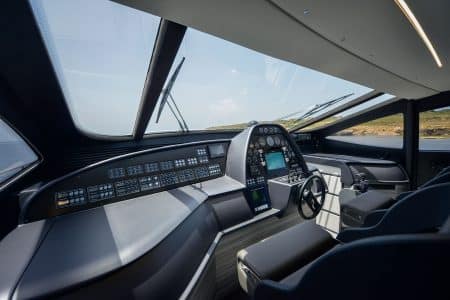 WhatsApp
Call Us
Write us